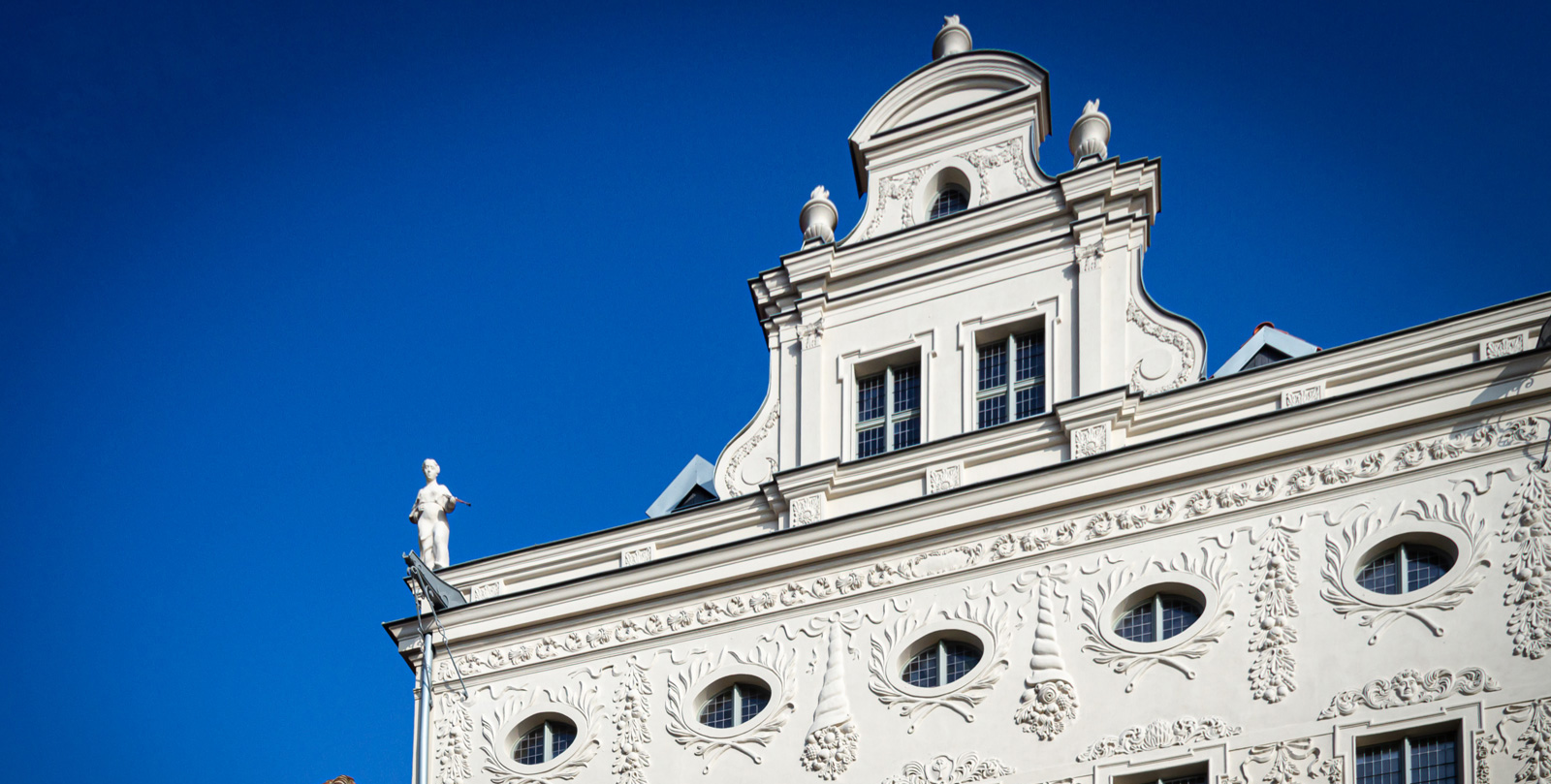 The seat of the Kuyavian-Pomeranian Impression Music Theater in Toruń is the Dąmbski Palace - the residence of the Dąmbski family, rebuilt in the Baroque style in 1693 by the Bishop of Kujawy Stanisław Dąmbski at ul. Sailing. Until the end of the 18th century, the building remained in the hands of the Dąmbski family, serving as a holiday and recreation residence for fairs and winter carnival. Currently, it is one of the few preserved examples of Toruń's baroque decorations.

The appearance of this building in Toruń resulted in the appearance of a new type of residential building, modeled on the metropolitan mansions fashionable at that time in Western Europe, and a new style of facade decoration. Unlike other Toruń palaces, this one did not belong to the city patriciate.

The entire facade is covered with extremely rich stucco floral ornaments, today it is one of the few examples of the Baroque type of Toruń ornamentation. Here and there, between these ornaments, exposed Gothic brick arch segments are visible. The entrance is decorated with a richly ornamented, magnificent portal and door sill. A separate gate leads to the yard, where the outbuilding and stables are located.

Until the end of the 18th century, the palace remained in the hands of subsequent representatives of the Dąmbski family. In 1800 it was sold to a Prussian official, from 1815 it housed Hotel Gdański, and in 1870 it was taken over by the Prussian army. In the years 1874-1887 it was rebuilt: the baroque portal, the gable and the high hip roof were removed, replacing it with an oval roof made of corrugated metal. Since then, the palace has been turned into an officer's casino. 61st Infantry Regiment, existing until World War I. In 1920-1924 it was the seat of the state police and then the Society of Fine Arts. At that time, the Palace at Żeglarska 8 hosted works by such artists as Axentowicz and Weiss. Mehoffer, Kamocki, Filipkiewicz, as well as the famous exhibition of portraits of Witkacy, which was an important artistic and social event.

After World War II, in 1957, the Palace was handed over to the Nicolaus Copernicus University (Faculty of Fine Arts), which it served until 2013. In 1976-1992 a capital restaurant was restored, restoring its original appearance.